Reality and its torments 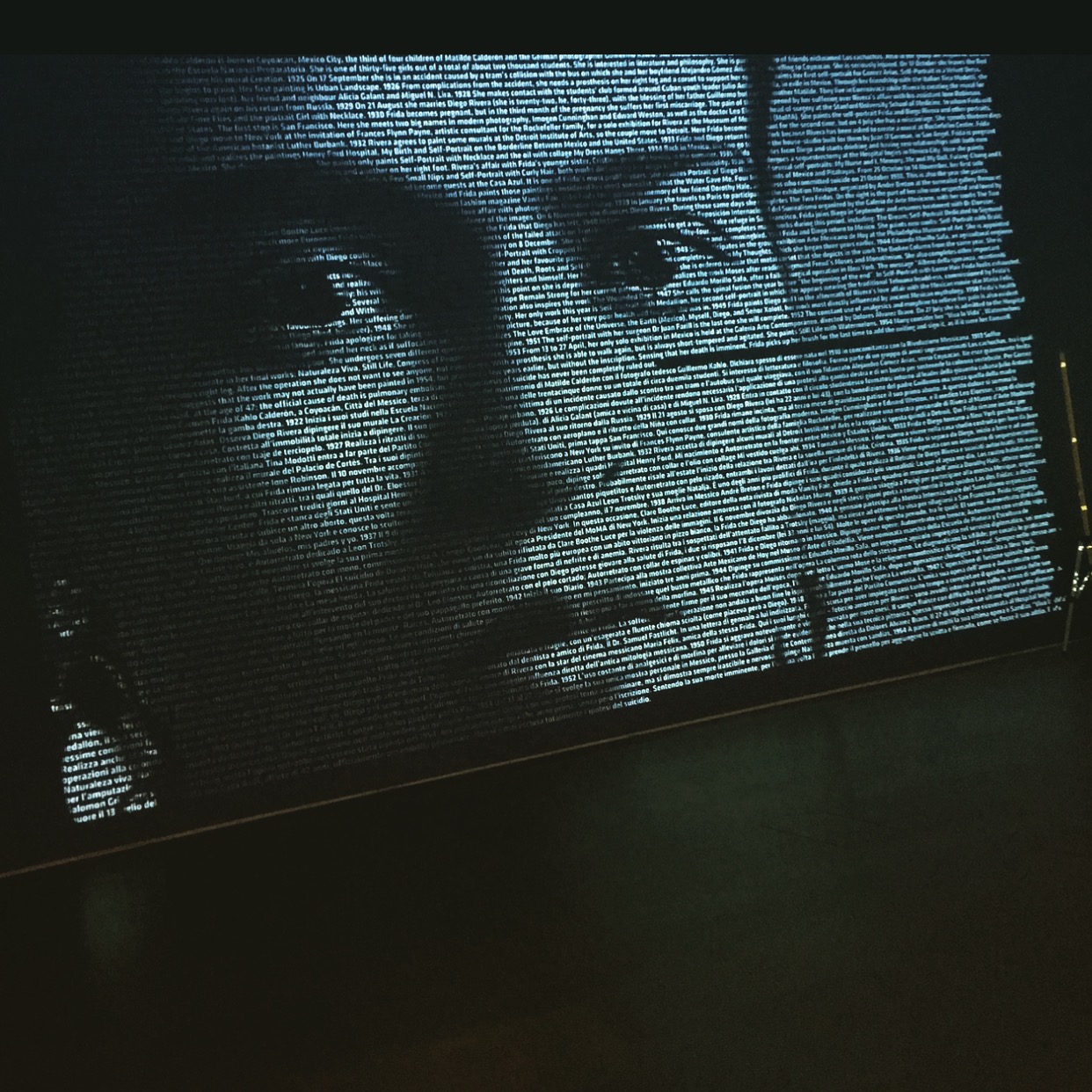 Paintings, videos, photographs and phrases follow one another in the rooms hosting the exhibition dedicated to the Mexican artist. The exhibition path leaves the usual patterns and also the vision of the link between the works of Frida Kahlo with her personal history, with the traffic accident that causes the spine to break at 18, forcing her to bed in the company of her painting.
Get lost in his ruthless paintings, see her move safely in unpublished videos, look at the pictures that portray her (beautiful) and Diego Rivera (an immense man, painter of murals and his intermittent companion) scattered in a rather complex inter, means making a intimate and total immersion in one of the greatest artists of the twentieth century.
And better understand the technical skills of a woman proud of being Mexican, who collected her hair and wore her clothes according to the most ancient traditions of her land, which has never changed the shape of the eyebrows and has never dreamed of removing the mustache.
An independent woman, politically engaged but also fragile and out of every cliché, as she herself declared "They considered me a surrealist but it is not true. I've never painted dreams. What I pictured was my reality ".
The Woman, The Earth, Politics and Pain are the themes that mark the exhibition the result of six years of research, and made possible by the curator Diego Sileo in Mexico, and by unpublished documents found in the archive of Casa Azul (the Blue House), in the center of Coyoacàn, a suburb of Mexico city, where painter was born and lived.