Dante Alighieri is a continuous discovery 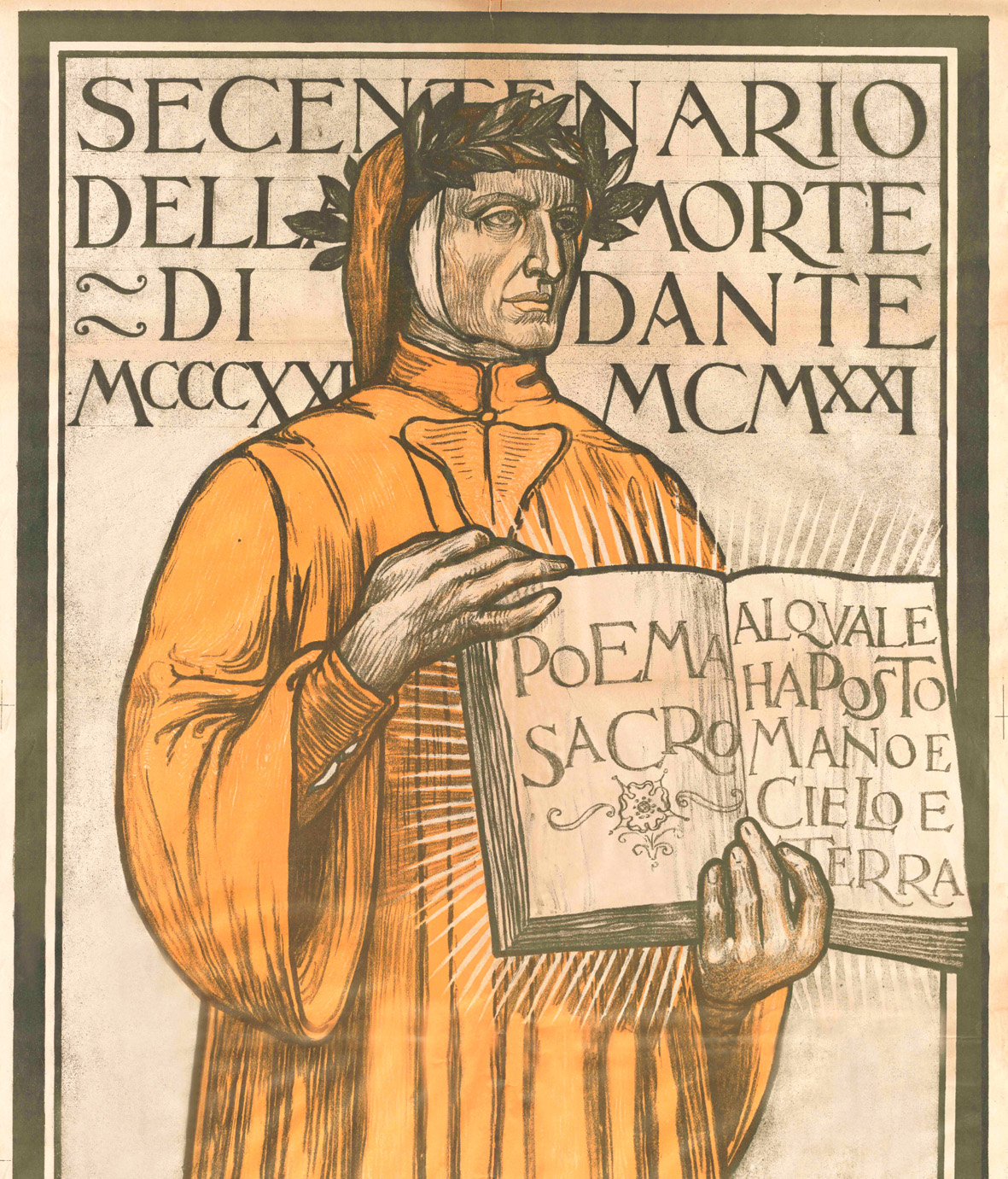 The last refuge of the great poet hosts the first of three exhibition stages that celebrate him on the occasion of the 700th anniversary of his death. An opportunity to browse through books, illustrations, photographs, paintings, manuscripts and art objects donated to Dante. Each of the objects, testimonies of the "official" history, will offer ideas to discover particular stories, often unknown and even surprising.
The Secentenary of 1921, for example, was preceded by national celebrations such as the Dante festivals which brought together representatives of cities and territories then under the sovereignty of the Habsburg Empire in the town of Romagna. In 1908, on the occasion of these celebrations, the Oil Ceremony was born, in which annually Florence offers (on the second Sunday of September) the precious extract, a symbol of atonement, destined to burn in the lamp inside the tomb. Dante, it should be remembered, died in the town that celebrates him during his exile because he belonged, in about 1300, to the white Guelphs, who wanted to prevent the Pope from intervening in the political affairs of the Tuscan capital. Despite repeated attempts to bring him back to his hometown, his remains have never been moved.
This exhibition is the first appointment of the Dante exhibition project. The eyes and the mind, conceived by the Municipality of Ravenna Department of Culture, by the MAR Museum of Art of the city of Ravenna, and by the Classense Library which starts the first stage of the cycle.

Photo
Galileo Chini (1873-1956) is the author of the official manifesto, exhibited for the first time in 1921 and recently restored.