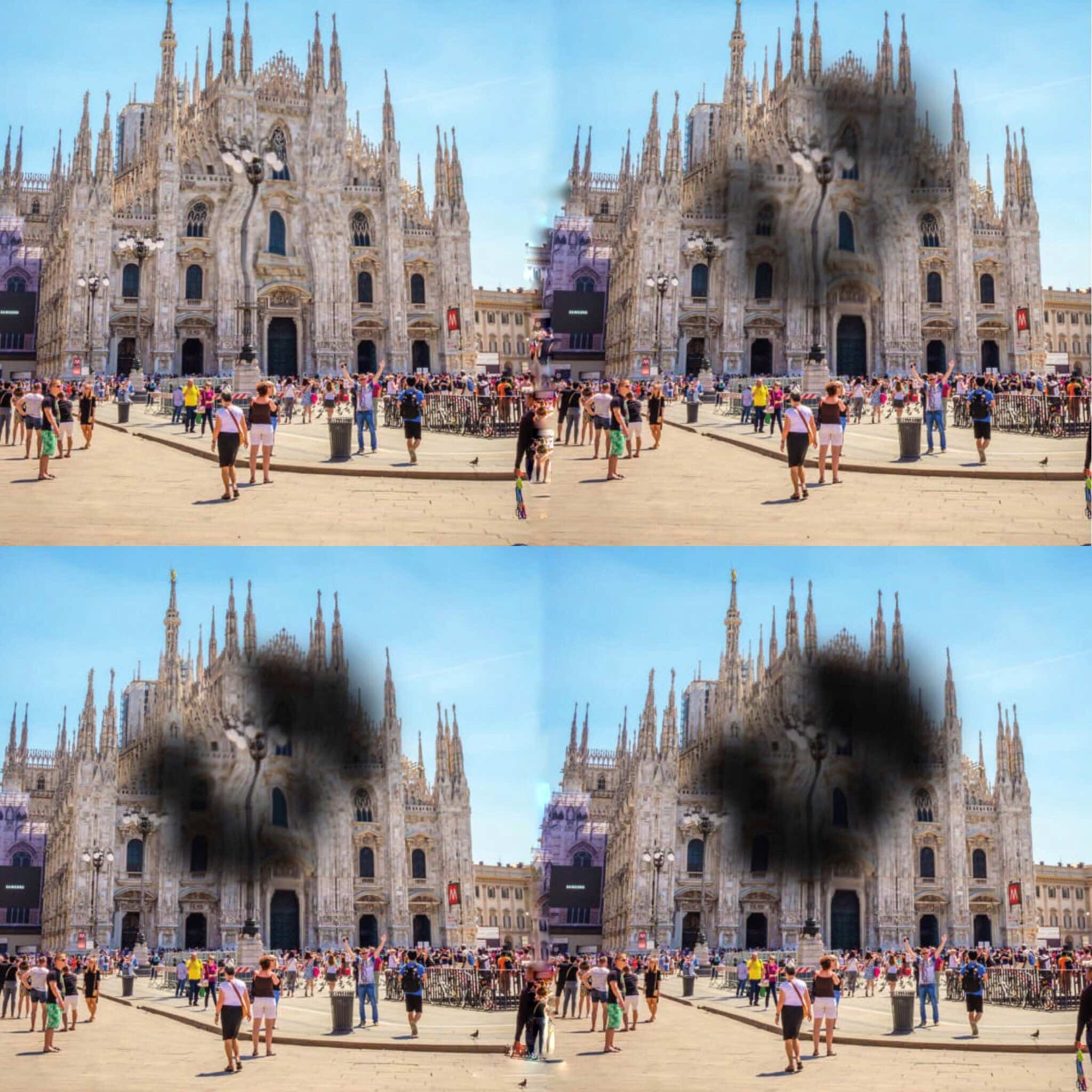 "From the data presented by the World Health Organization are increasing cases of diabetes, diseases often accompanied by serious complications that affect the health of the eye, or the maculopathy and diabetic retinopathy. It is, respectively, a degeneration that prevents seeing the details of an image, and damage to the blood vessels of the photosensitive tissue of the eye, precisely the retina ", explains Giulio Maria Modorati, an ophthalmologist in charge of the Centro Occhio Secco of the San Raffaele Hospital in Milan and the Uveiti Center in Milan. Let's not forget that among the most serious and frequent complications of diabetes there is just diabetic retinopathy, one of the main causes of low vision (in the photos above, the first manifestations of the difficulty to see distinctly the images) and blindness, especially in those aged that is, those between the ages of 20 and 65 who live in industrialized countries.

"In light of these data", says Lucio Buratto, scientific director of the Ambrosian Ophthalmic Center, "information and above all diagnostics action on the whole territory becomes fundamental. For this reason, together with Francesco Bandello, professor of ophthalmology of the Vita and Salute University of San Raffaele, a targeted initiative was prepared: the Month of the Prevention of the net and diabetic maculopathy, which for the entire month of February 2019 will make available 25 centers of excellence throughout Italy for free visits and diagnoses on diabetic maculopathy and retinopathy. It is an initiative that has had the patronage of the Ministry of Health".

Technology will play a key role during the prevention campaign, and there are numerous cutting-edge tools that will help, but will not replace, the doctors in the diagnosis of these diseases.

The US Food and Drug Administration approved a diagnostic device based on artificial intelligence. The software is called IDx-DR and, thanks to an algorithm, is able to detect a form of eye disease by simply viewing retina photos taken with a special camera, which are then transferred to a computer.

New generation tools in the ocular field also come from Google. The US company offering online services has launched the DeepMind Health project, which is able to process millions of medical information in minutes, speeding up healthcare processes. The initiative, which began in 2016 with a collaboration with the Moorfields Eye Hospital in London.
Also Google, together with Novartis, is working on the possibility of creating contact lenses that can monitor blood glucose levels. Thanks to microsensors, microchips and miniaturized devices, the lenses would be able to do their job through tearing: the tears would actually flow over them and a chip would send the data to a remote computer. The prototype of these smart contact lenses was presented in January 2014 and will be released on the market in five years.