When the dark green is bright 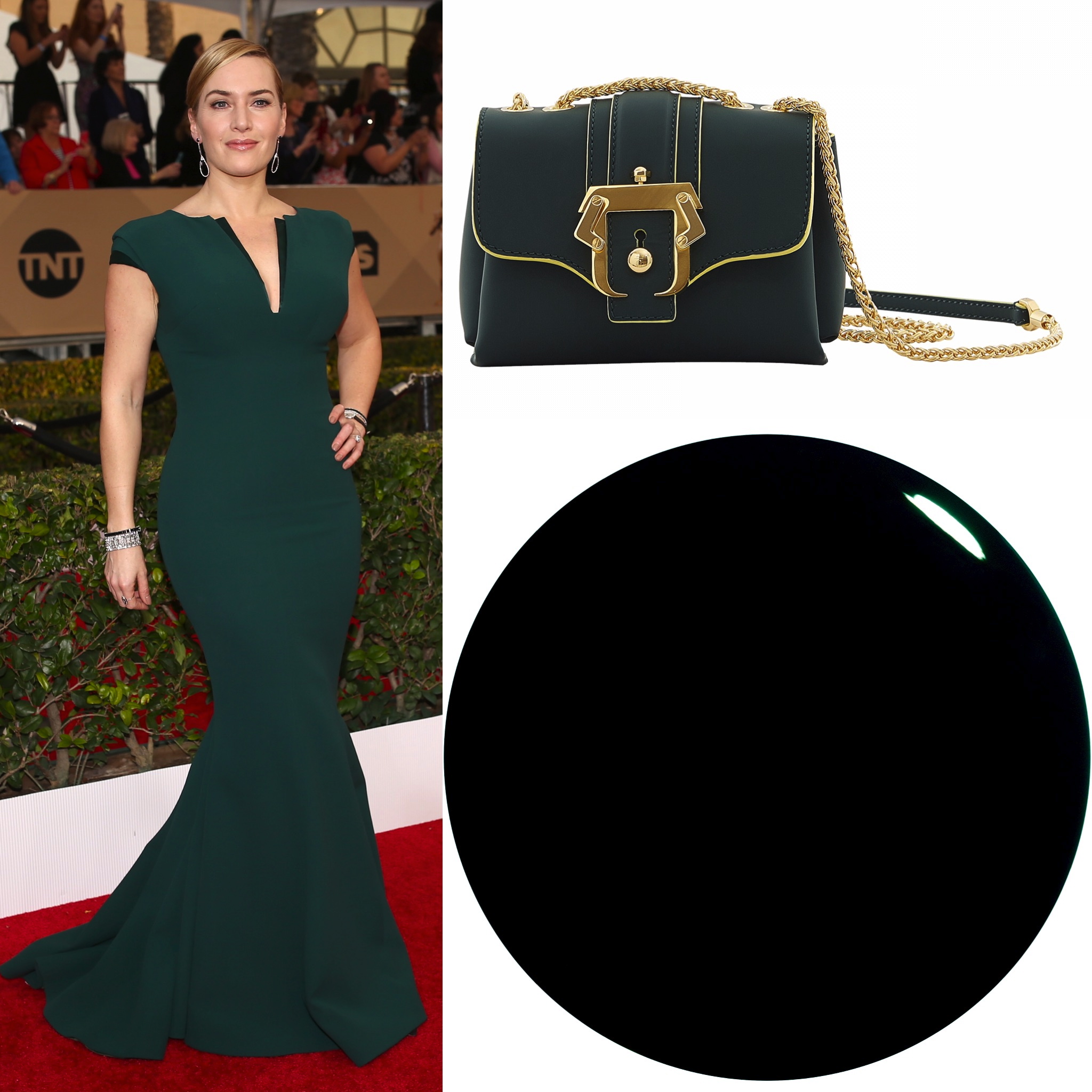 The dark green gown worn by Kate Winslet on the occasion of the 22nd Annual Screen Actors Guild Awards in Los Angeles a few days ago is really amazing. Signed Giorgio Armani, this dress has the colour intense of the fir trees, and despite being dark it has an aura that makes him seem even brighter. So how are bright the polish Orly in the shade Makeup to Breakup (a brilliant and bold dark green that lasts long on the nails) and the magnificent Paula Cademartori's bag (made in Italy craftsmanship it's profiled golden borders).